Here is a link to the Hebrew-English online.

Here is a downloadable PDF with a lot of commentary.
chabad.org/media/pdf/729/…

The first thing to know is that the affliction translated as "leprosy" is actually not a physical disease but a spiritual one.

Many people misunderstand and conflate the two because of the English translation.

The spiritual leper is exiled from the community and ritual.

Nevertheless because we are humans with limited human perception the cognitive flaw persists and we equate ritual defilement with physical defilement.

In the same way, we equate ritual impurity with judgment calls about inferiority.

We learn about Jesus that he healed a leper.

"(Mat 8:1-4 NIV) When he came down from the mountainside, large crowds followed him. {2} A man with leprosy came and knelt before him and said, "Lord, if you are willing, you can make me clean."

"{3} Jesus reached out his hand and touched the man. "I am willing," he said. "Be clean!" Immediately he was cured of his leprosy."

"{4} Then Jesus said to him, "See that you don’t tell anyone. But go, show yourself to the priest and offer the gift Moses commanded, as a testimony to them."

Now, tzara’at ("leprosy") did have physical manifestations. This is why people who contracted symptoms had to be examined by a priest.
biblehub.com/leviticus/13-3…

To have this disease was to be fully shamed in public.

The miracle here is that Jesus applied his own merits to the man’s spiritual defilement, and in so doing removed the disease, rendering him able to live among his brethren again. Without shame.

But what does that actually mean?

It means that where the man was rejected as inferior, Jesus accepted him as whole.

"When Jesus touched the leper, he was still not healed. The leper was healed when Jesus spoke the words “Be healed”."

"Jesus did not touch the leper to heal him. He touched him to show His acceptance of a man who felt rejected."

Do you see that outside forces have created divisions among Abraham’s children, such that people called "Jews," "Christians" and "Muslims" are often unable to recognize the important contributions of one another to worshiping God?

What Jesus did here was revolutionary.

The essence of Judaism is to balance the Abrahamic (love of the people without qualifier, adherence to God without exception) and the Mosaic (belief in the Torah and attempts to follow its observance).

But in Jesus’ time, the Jewish leadership had lost its way.

Jesus’ preachings were a way of re-centering the faith.

This does not mean that you have to believe in Christianity.

It does mean that you can see where people had become divided into elite and not-elite.

"Kosher Jesus" by Rabbi Shmuley Boteach explains that Jesus was in fact a rabbi and a zealot who opposed the corruption and religious elitism of his time.

Jesus was a Patriot who opposed the Romans (pagan – occult – forerunners of the Nazis).

Judaism as a religion does not know exactly what to do with Jesus, because in my opinion the rabbis fear that Jews will mass convert and abandon the Torah if they admit that, if nothing else, he delivered an incredibly important corrective message to the world.

Stay with me for a moment.

"The Islamic achievements in medieval medicine were groundbreaking. While medieval European medicine was still mired in superstitions and the rigid Catholic teachings of the Church," 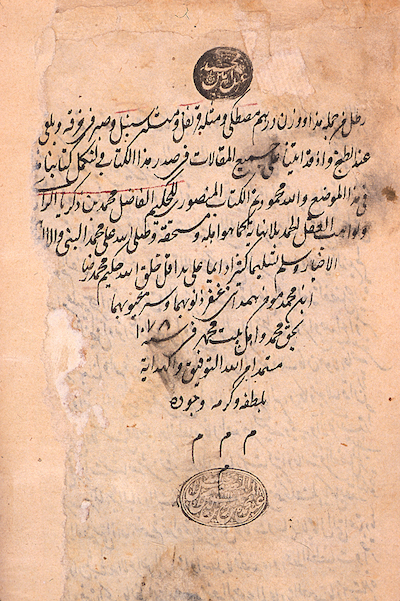 " the advent of Islam in the 7th century A.D. gave rise to impressive growth and discoveries in many scientific fields, especially medicine."

"They not only gathered this knowledge and translated it into Arabic (and later into Latin), they added their own medical observations and methods. Islamic doctors developed new techniques in medicine, dissection, surgery and pharmacology."

"Before the 12th century in Europe, medical practice was stalled—there were few new discoveries, and, as the Church considered disease a punishment from God, doctors could do little for their patients".

"However, when new translations, books, observations and methods from the Islamic world gradually became known in the 12th century, Western medicine finally moved forward….forming the basis of modern medicine as we know it today."

“Allah (God)1 does not look at your outward form and your bodies but he looks at your heart and your deeds.”2

– "Hadith compilation of Muslim, vide Laher (2017) at the Summer Institute on Theology and Disability in Azusa, CA."

Islam, Leprosy, and Disability: How Religion, History, Art, and Storytelling Can Yield New Insights and AcceptanceAge-old fears and misconceptions about leprosy have flourished for centuries and the condition remains both a socially stigmatizing issue and a public health problem in many parts of the globe. In th…

"This simple statement illustrates two fundamental and powerful points about Islamic values and the experience of living with a disease that, like leprosy, can be both disfiguring and disabling:"

"disability is neither a divine curse nor punishment, and those more able and privileged have a duty to empathize with and support those who are disabled."

Genesis 12:2 God promises Abraham that He will make Abraham into "a great nation."

The descendants of Abraham clearly comprise the monotheistic religions.

How is it possible that God says this to Abraham, knowing the wildly different and segmented religions to follow from him?

How is it that out of many, one?

The answer is that the essential distinction between human beings is not [insert faith name] but the conceptualization of the human being as worthy in their own right,

the demand that human beings follow a set of moral laws,

and the rejection of any sort of system of dehumanization, caste system, eugenics. All of which is satanic, occult, and foreign to the God worshiper.

We will talk more later, but it is essential to Nazism that we view the world in this sick, evil way.

And in the same way as Mengele "selected" or "rejected" people based on their "genetic superiority" in the camps, modern science has a vision of the "perfect Superman" or "Wonder Woman", versus the enslave-able and rejectable everyone else.

The "everyone else" = slaves.

And that is the real reason that human trafficking and eugenics are twin evils that must end now.