All opinions are the author’s own. Public domain.

4) The website that shows the Bible reading also contains a thought specifically for today. It seems so appropriate: “Help From The Past.”(Source: Maamar Bila Hamavet – I don’t have a link)
5) “All the souls of these generations have been here before. & they come with their baggage—both good & not so good. But there is a distinction:The good the soul has collected is eternal. It can never be uprooted, it can never fade away, for it is G‑dly, & G‑d does not change.”
6) “But the bad is not a thing of substance. It is an emptiness, a vacancy of light. As the soul makes its journey, through trials and travails, through growth and renewal, that darkness falls away, never to return.”
7) “Know yourself only as you are here in this life, and the challenges of our times are beyond perseverance. Tap into the reservoir of your soul from the past, and find there the unimaginable powers of millennia.”
8) This sentiment connects with the Torah reading.On the surface you wouldn’t think so – it’s mostly about themes out of reach of most people, like laws relating to the High Priest.

Emor in a Nutshell – Texts & Summaries – ParshahLaws specific to the Temple priests, festivals on the Jewish calendar, the menorah and the showbread. Penalties for murder, assault and destruction, followed by an execution.https://www.chabad.org/parshah/article_cdo/aid/2020/jewish/Emor-in-a-Nutshell.htm
9) What we are really after is the nature of reality itself. Underneath the words, the Bible connects us to that essence.All of life is soul-life, and soul-life is all about getting to reality and permanence (good) through shedding untruth (unholiness–>evil).
10) You cannot really understand the Torah unless you understand the deeper levels of meaning, and this is still controversial among mainstream Orthodox Jews who know that mysticism can be distorted – they stay away from it.
Kabbala goes to yeshivaDevoted study of Jewish mystical literature is quickly gaining momentum in the haredi world.https://www.jpost.com/Magazine/Features/Kabbala-goes-to-yeshiva
11) Here, a Kabbalah expert (left) urges the Lubavitcher Rebbe (right) to issue a proclamation endorsing teaching Jewish mysticism. The Rebbe says simply studying Chabad Chassidus (a certain way of explaining Torah) gets it across. ~3 min, worth watching.

12) So I’m going to bring you a couple of Kabbalistic understandings of this portion today.
13) …except i have to go to synagogue now and not be late like always…more soon, please God.
14) OK, we took a break. Bible Study Coffee Time resumes now.
15) So I was reading this portion in synagogue. The text is available free online of course. Link to purchase the the print Bible we use is also below.

Emor in a Nutshell – Texts & Summaries – ParshahLaws specific to the Temple priests, festivals on the Jewish calendar, the menorah and the showbread. Penalties for murder, assault and destruction, followed by an execution.https://www.chabad.org/parshah/article_cdo/aid/2020/jewish/Emor-in-a-Nutshell.htm?gclid=EAIaIQobChMIq42w2Jal4gIVDb7ACh3hRwEmEAAYAiAAEgIgpPD_BwE

16) Of course being someone who likes the mysterious stuff I’d like to jump ahead and just talk about that, but first let’s get a grounding in the text of the portion itself.
17) The 1st part of the reading (Leviticus 21:1-5) prohibits Kohanim (priests) from contact with the dead. See this article.“Not only are they forbidden to enter cemeteries, but they may not even be in the same room or under the same roof as a corpse.” 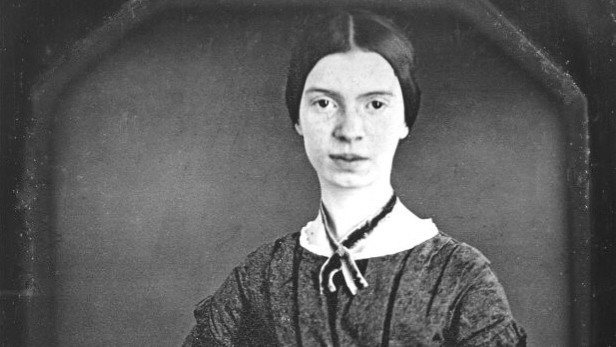 Parshat Emor — Confronting deathEmily Dickinson and my experience in a kosher slaughterhouse taught me why kohanim (priests) are not allowed contact with a dead body (Emor)https://blogs.timesofisrael.com/parshat-emor-confronting-death/
18) Leviticus 21:5 directly prohibits the priests and by extension all Jews, from mimicking the Egyptian practices concerning death (shaving the head, shaving the bears w/ razor, cutting flesh in mourning).–>This article has more on Egyptian practices.

Parshat Emor: Do Our Hearts Have Room for God?Audio This article is based on a recorded lecture. You can listen to the lecture by clicking here. (You can also download the lecture by right-clicking this link and selecting “save link as…”). …http://www.inner.org/parshah/leviticus/emor/emor-65.php
56) To condense the backstory. We learn of an episode where a man blasphemes God.(I am not sure exactly how he blasphemed and think it will take too long to research this right now. The simple meaning is that he cursed God.)
57) According to this article, which is based on Jewish teachings, the blasphemer was a child of rape. His father, an Egyptian, raped his mother, a Jewish woman, who had a tendency to be overly friendly to all. (Yes, this is victim-blaming; I’m just telling you what it says.)
58) Again according to this article, this Egyptian is the man Moses famously killed in the Bible.What happened was that the Egyptian impersonated his victim’s husband in order to rape her. The Egyptian was beating her actual husband.After the incident, Moses of course fled.
59) The blasphemer was angry because although he was considered Jewish (bloodline goes through the mom), the tribe of Dan rejected him (tribal identity goes through the dad).So as we discussed, he had a “blemish” not his fault, and he got mad and lost it, cursing God.
60) God commands that the Jews who witnessed this crime should stone the man to death. Lev. 24:14:“Take the blasphemer outside the camp, and all who heard [his blasphemy] shall lean their hands on his head. And the entire community shall stone him.”And they did.
61) Really think about this. Biblically, blasphemy is a capital crime.There is no financial restitution possible.Why? Is God so insecure, so jealous that He needs the kovod? (honor)
62) Obviously, the answer to that one is no. The answer is that the entirety of the Torah is about correcting our consciousness, to see past the untruths of this world which take us down the path of evil. Blaspheming God is the beginning of all the other sins.
63) And this, of course, it the problem at the root of Zionism, the product of…blasphemers.

Family valuesAt the age of 47, Baron Benjamin de Rothschild has put the 4-billion-euro family fortune in the hands of his wife, Baroness Ariane de Rothschild. ‘I think women today are better suited for business t…https://www.haaretz.com/1.5135495

Family valuesAt the age of 47, Baron Benjamin de Rothschild has put the 4-billion-euro family fortune in the hands of his wife, Baroness Ariane de Rothschild. ‘I think women today are better suited for business t…https://www.haaretz.com/1.5135495

65) They even assume the position of God.“Lord Rothschild: My Family Created Israel”“said in a recent interview that his ancestors ‘helped pave the way for the creation of Israel,’ forcing the British government to sign the Balfour Declaration in 1917” Lord Rothschild: My Family Created IsraelLord Jacob Rothschild had admitted that his family were ‘crucial’ in the creation of Israel, in a Times of Israel interview.https://newspunch.com/lord-rothschild-israel/

66) If you ask a Muslim why they object to the State of Israel as a State, inevitably this religious issue will come up. They will say: If you claim that Israel is the Jewish birthright, how can you also say in the same sentence that Israel is not governed by Jewish law?
67) And in fact, if you go back in history, this objection was precisely the one that the rabbis levied against the formation of Israel, because they wanted to wait for the Messiah to come, and certainly not let atheists force it.
68) But the hard fact is that the Jews were being massacred, well before the Holocaust, and someone had to make the decision to survive, and it was the secular Jews, not the religious, who wanted to stay in Eastern Europe, in the shtetl.
69) Miraculously, what started out as a project rife with impurity, has given birth to a state that is increasingly taking on the flavor of authentic Judaism. (But still, not without conflict, struggle, name-calling, hatred….)

How Israel went from atheist Zionism to Jewish stateThe synthesis of Zionism and socialism has disintegrated, making way for a winning symbiosis of religion and strong ethno-nationalism.https://www.haaretz.com/opinion/.premium-how-israel-went-from-atheist-zionism-to-jewish-state-1.5488653
70) Back to the article. Lev. 22:32, the Jewish people are told not to “desecrate” God’s name.Hebrew word: תְחַלְּלוּ֙Root: חללLev. 24:15, the prohibition against “blaspheming” – but a diff. word.Hebrew word: יְקַלֵּ֥ל Root: קַלֵּ֥ל

Parshat Emor: Do Our Hearts Have Room for God?Audio This article is based on a recorded lecture. You can listen to the lecture by clicking here. (You can also download the lecture by right-clicking this link and selecting “save link as…”). …http://www.inner.org/parshah/leviticus/emor/emor-65.php
71) So we’re looking for the connection between 2 similar words: “The Hebrew root of “blaspheme” is קלל. (blaspheme – curse)The Hebrew root of “desecrate” is חלל.” (also means vaccuum, or void)Lit. – cursing leads to your soul being vaccuumed from your body.
72) Let’s keep going with this.Both words have the double-lamed – looks like this לל.
73) If you reverse one of the “lameds” you get what looks like a heart.

75) Now I am going away from that article to tell you why I think the root word of “blaspheme” (curse) and “desecrate” (which also means “void”) shares the image of a heart.Curse + desecrate/void = heartHeart = curse + desecrateStay with me.
76) How do we make most mistakes in life?Right. We go with our emotions.We are led by our “hearts.”
77) Remember when @POTUS@realDonaldTrump read the poem about the lady and the snake? And the snake bit the “tender hearted woman” and killed her? Because she didn’t stop to think that she was DEALING WITH A SNAKE?
78) A SOCIETY THAT SUBSTITUTES EMOTIONAL THINKING FOR RATIONAL JURISPRUDENCE IS A SOCIETY THAT WILL COME TO DESECRATE GOD’S EARTH AND RETURN IT TO THE VOID IT WAS BORN FROM.
79) Genesis 1:2“Now the earth was unformed and void, and darkness was upon the face of the deep; and the spirit of God hovered over the face of the waters.”Void = vacuum = חללThe result of cursing god is חללThe Hebrew used here to mean “void” = תֹהוּ וָבֹהוּ

80) Gematria of תהו ובהו (“unformed and void”) = 430Gematria of לנשים (“to the women” – as in “leave it to the women”) = 430When you leave the world to the women, they make decisions emotionally, which leads to the Word of God being desecrated.Sorry if this sounds sexist.

81) But the fact of the matter is that the chief “bad guy” of the Bible never actually appears there – b/c it is Lilith herself – who only embarked on a life of sin, because Adam rejected her.Which made her angry, and so she spent the rest of human existence keying his car.
82) The Bible tells us truths that we don’t want to hear.
83) Men tend to be overly rational. Women tend to be overly emotional.What God asked us to do is get together and find harmony.In that harmony, which is the union of man and wife, we find holiness.And that is how we join with Him to re-make the world constantly.
84) Where there is life there is always hope, and that is why @POTUS and his lovely family (the men and the women TOGETHER) are intensely focused on doing one thing: saving the children.(End.)